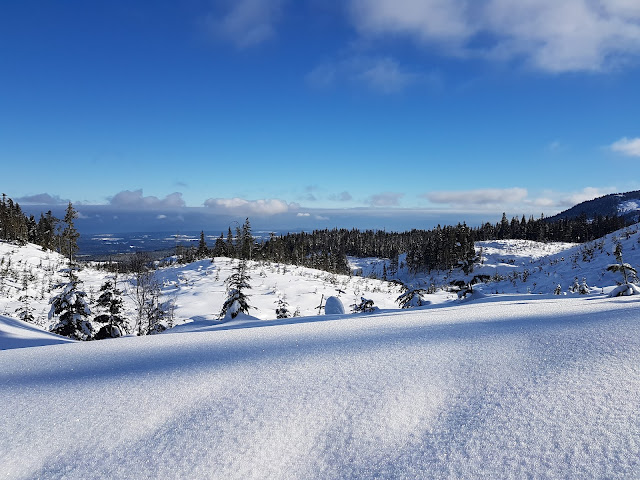 The Snow God has been nice to the valley.
Puppy Morgan got to go snowshoeing with family and friends. 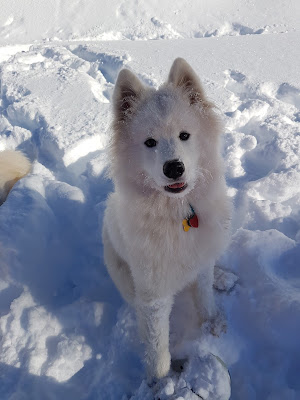 She was so eager to go. 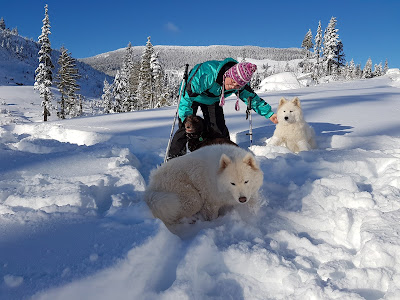 It was hard to co-ordinate 1 human with 3 dogs for a decent photo. 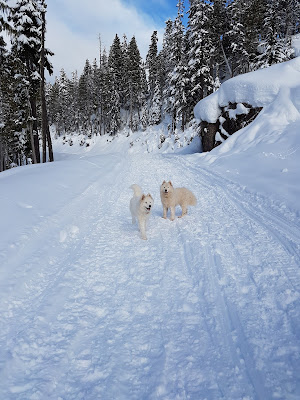 The dogs just wanted to keep going and lead the way. 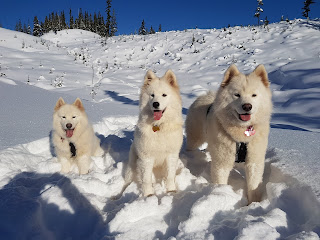 We went back again with 3 dogs and 2 of them were well-trained for "stay" and the puppy just followed suit.
We got a few decent photos. 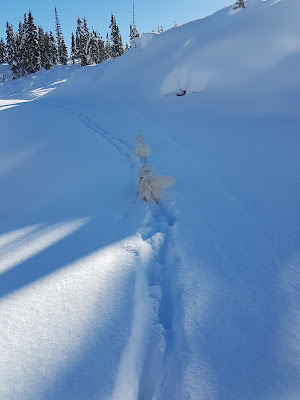 Morgan was in the lead followed by Scarlet. 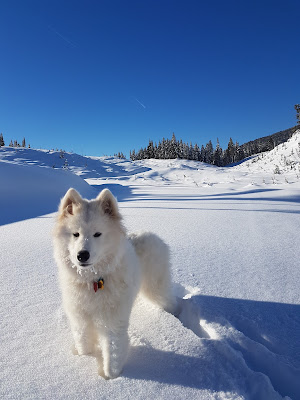 We had to break trail at many spots and Morgan had no hesitation.
Once she is old enough, maybe we will start some lead-dog training with "haw" and "gee". 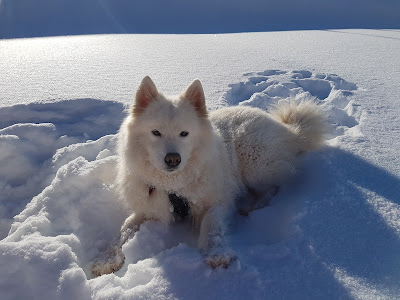 Hermione needed to cool off in the snow and enjoyed the sun. 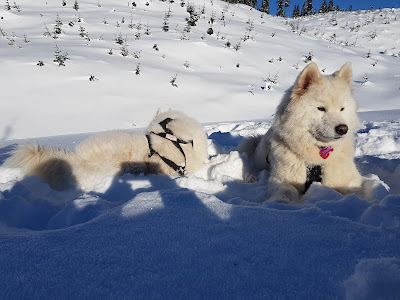 Scarlet joined her for a break while Hermione was trying to catch a nap. 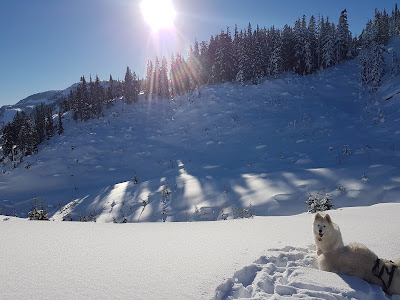 Posted by dormosamoyed at 19:55 No comments: 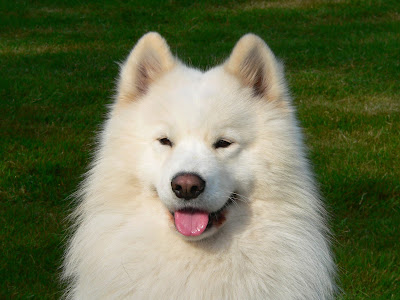 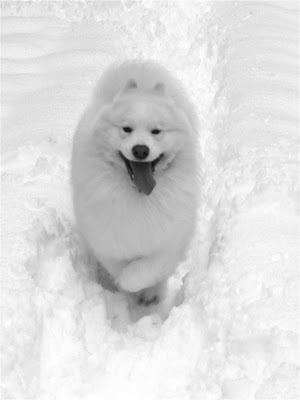 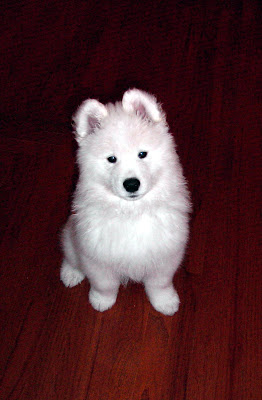 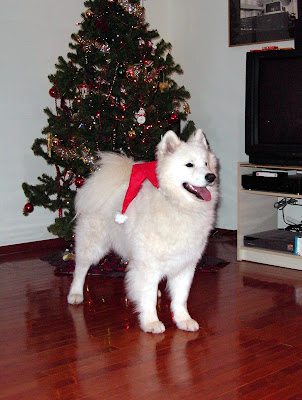 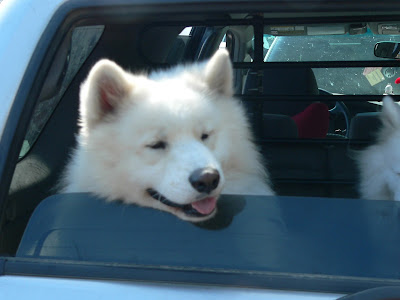 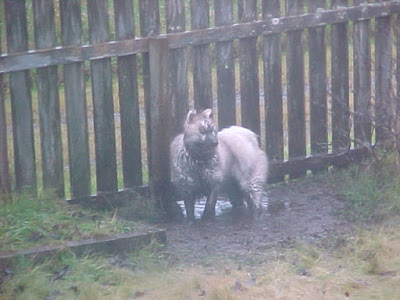 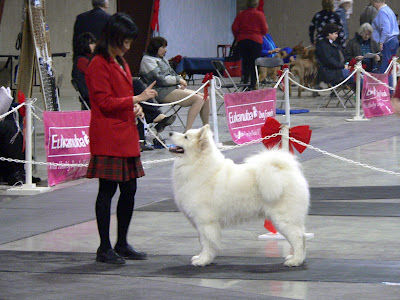 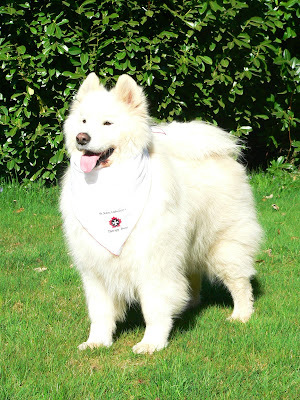 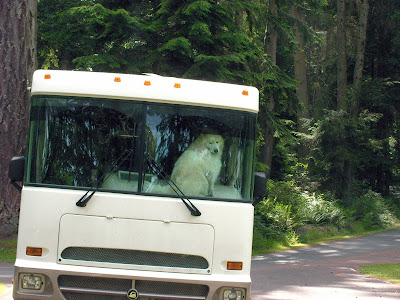 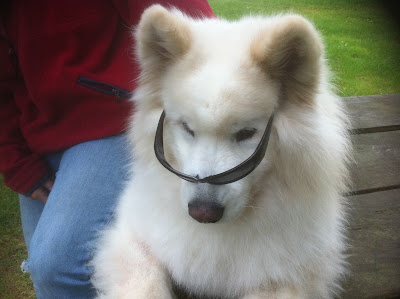 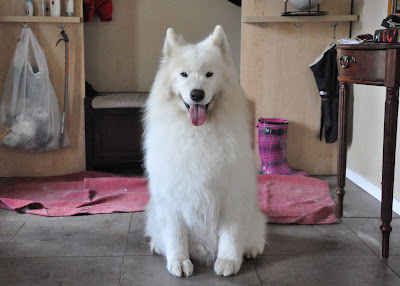 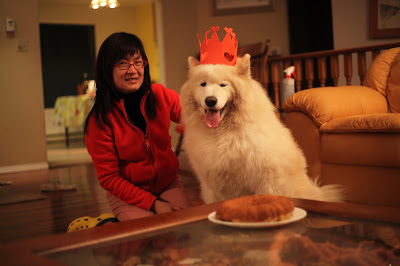 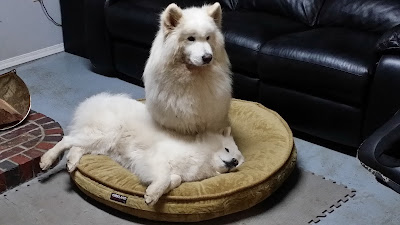 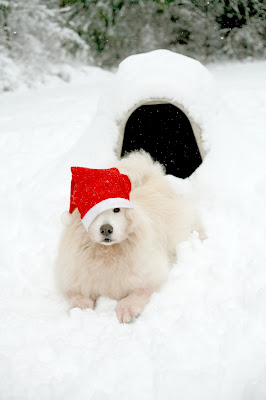 Posted by dormosamoyed at 18:12 No comments: