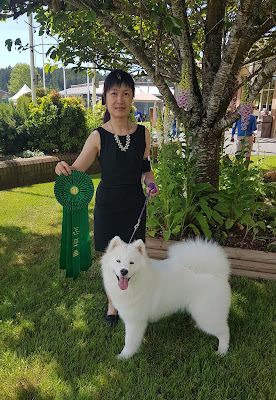 She finished the day with Best Owner Handled in Show. 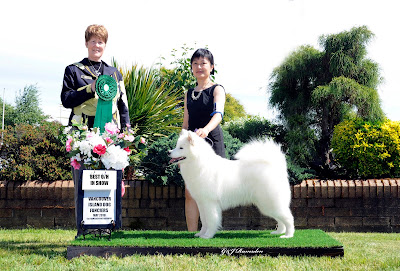 Saturday was a even better day.

She did everything right in the group ring. 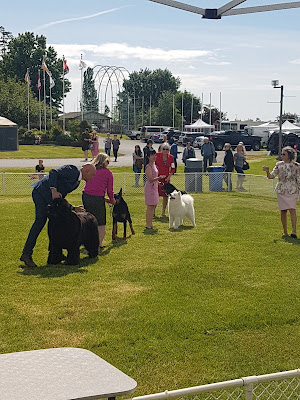 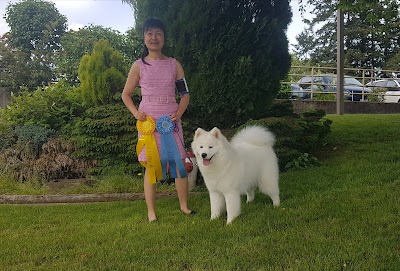 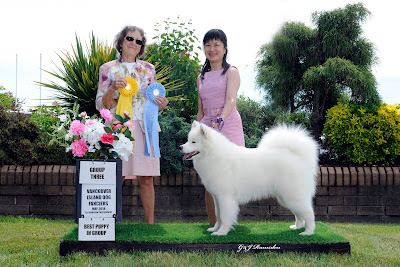 We got to play again on Sunday.

MeMe was showing in working group.

She did it again - Group 3rd and automatic Best puppy in group and best owner handled in Group since there was none entered from the breed taking 1st and 2nd. 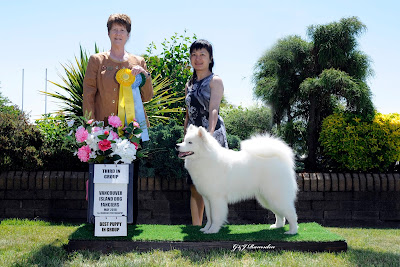 We got to play in best puppy in show competition.
We were the only owner handled team .
We took Best owner handled in Show again. 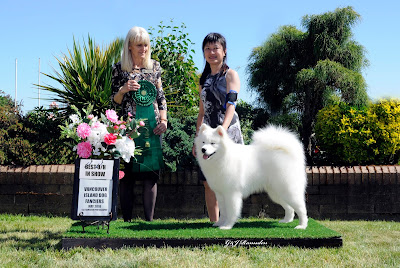 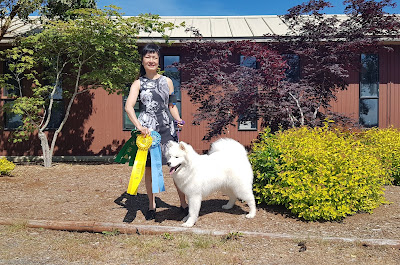 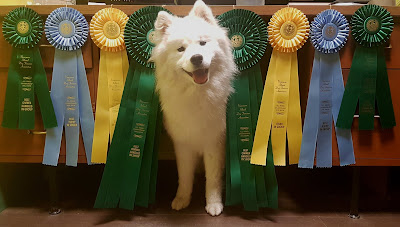 Posted by dormosamoyed at 23:02 No comments:

Hermione is ATChC - Agility Trial Champion of Canada.
She is the 9th Samoyed with ATChC 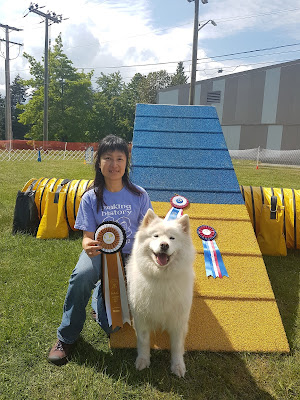 At the same time, she also achieved the Bronze award of Merit. 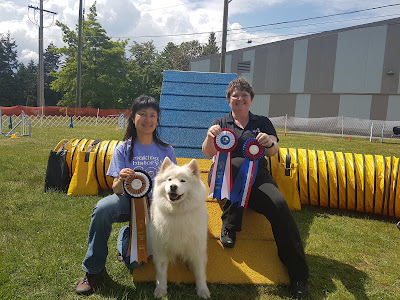 With the Bronze award, she needed 10 master standard runs, and a total of 25 game ( Snooker/ Jumper/Gamble) runs. 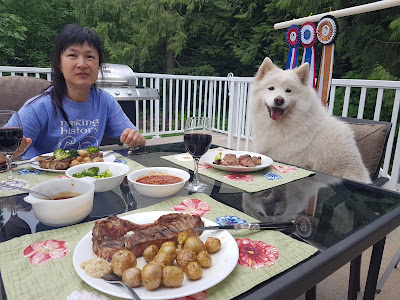 We promised her steak dinner. 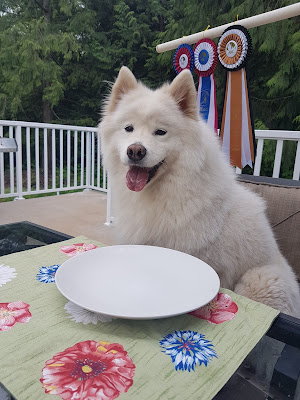 She really enjoyed it. 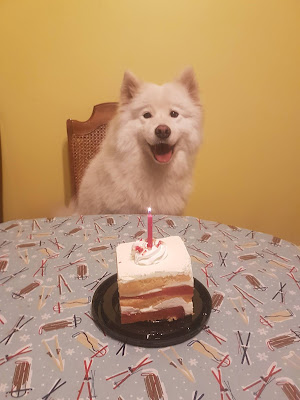 The next day was her 9th birthday.
As a true working dog, she spent her birthday at an agility trial.
She got 3 more master runs - 1 gamble and 2 jumpers.
She was more than half way towards her Silver Award.


Posted by dormosamoyed at 23:00 No comments:

Till the snow is gone 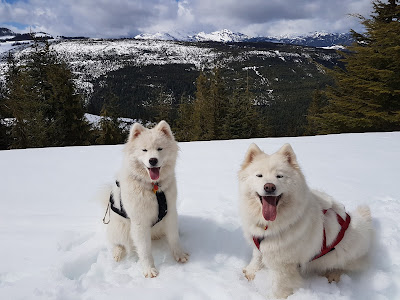 We had been up the mountain couple times a week while the snow lasted. 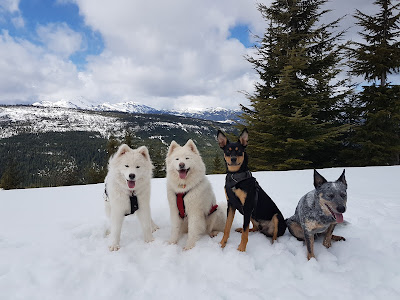 MeMe and Moka brought their friends along too. 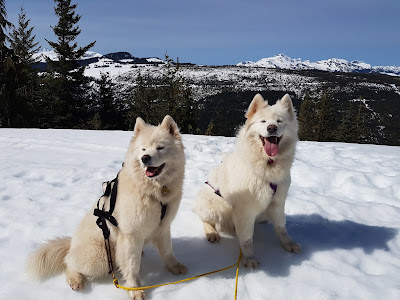 Then Morgan and Roxy got to come up. They were fitted with skijoring gear for a workout. 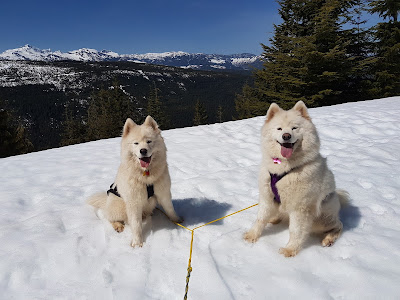 Scarlet got to come up with Morgan too. She was also required to skijor.
The snow was getting so sticking and we required 3 DP (dog-power) to skijor.
That was probably our last skijor trip as the trail was breaking up in a few spots with the snow melting.

Posted by dormosamoyed at 18:54 No comments: 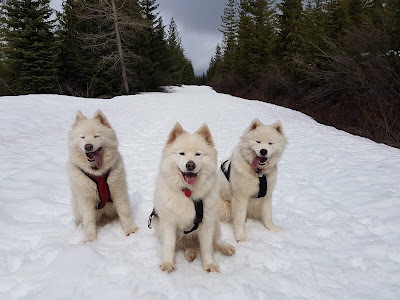 We started the celebration with a snowshoe hike with her mom Hermione, and daughter MeMe.
It was so funny mother and daughter had their tongues out like mirror image. 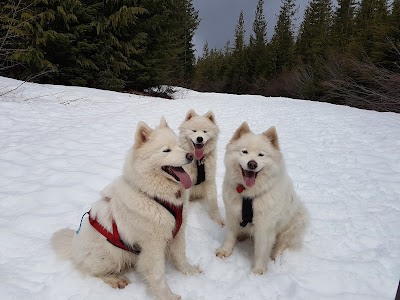 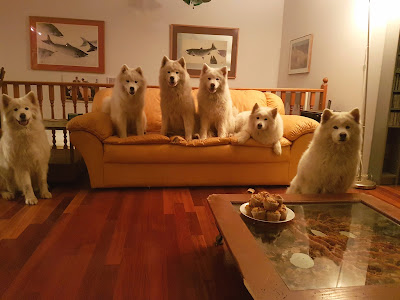 
Posted by dormosamoyed at 18:48 No comments: