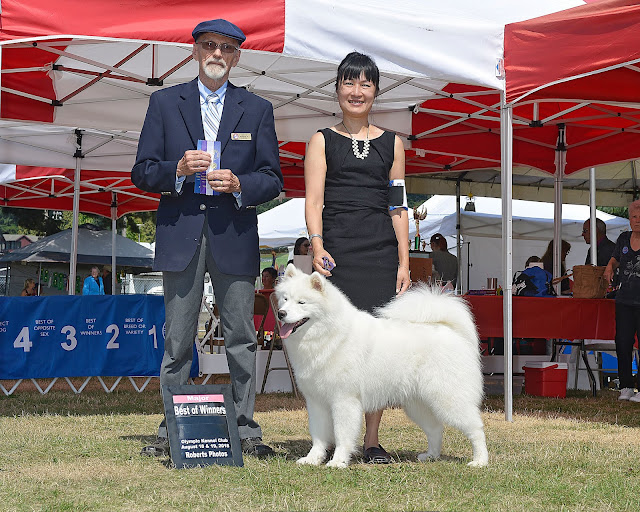 Since MeMe has completed her Canadian championship and almost her grand championship, we decide to go for her America championship.
It is more competitive across the border.
It requires more dogs to qualify for a major win.
At Olympic Kennel club dog show in the past weekend, MeMe got her first 4 points major win. She beat a total 14 other bitches.
She won her class of BBE - Bred By Exhibitor which was a strong class as most of the bitches were the pick of the litter,
then took Winner bitch, finished with Best of winners, that mean she beat the boys as well.

Posted by dormosamoyed at 19:00 No comments:

Moka got her AGN - agility novice title in June. 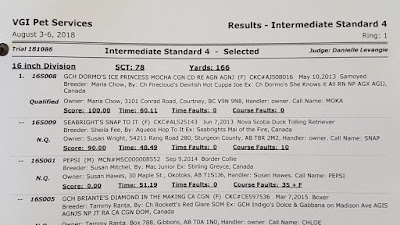 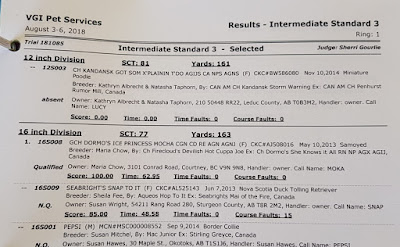 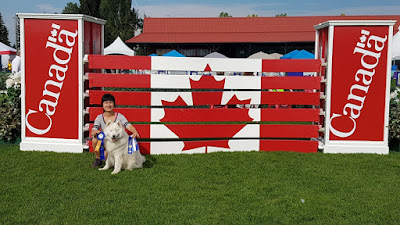 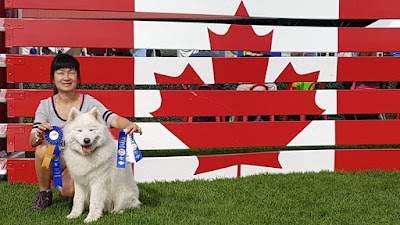 MeMe was shown at conformation.
She did well.
She is only 1 year old and has some growing up to do.

Posted by dormosamoyed at 21:55 No comments: 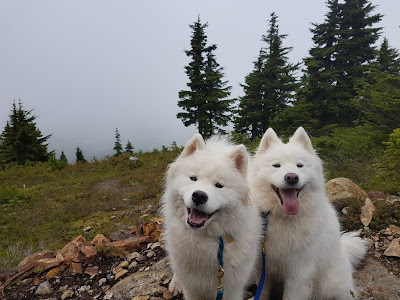 Where did time go?
My survivor puppy turned one. 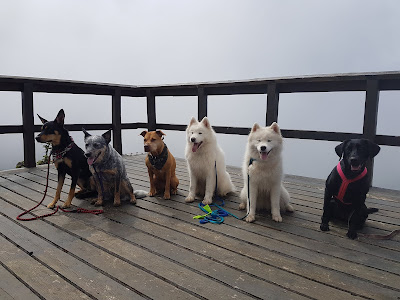 We started the celebration with a group hike up Mount Washington the day before. 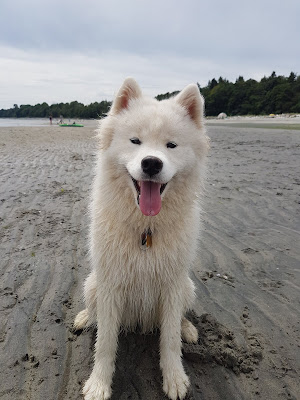 On her birthday, we went to the beach with her mom Moka. 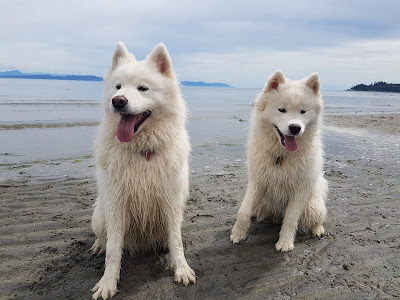 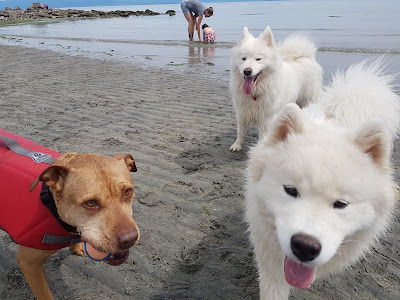 We met up with her best buddy Kaiya the pit bull who is the most gentle dog ever. 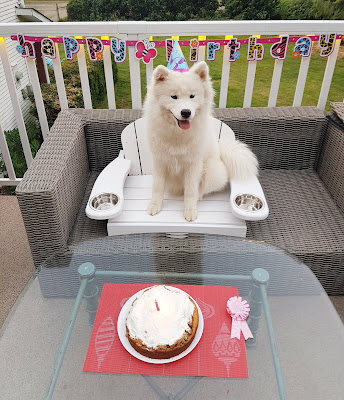 She finished the day with peanut butter banana cake with yogurt frosting.


Posted by dormosamoyed at 21:13 No comments: