Good bye Moli ! I love you! 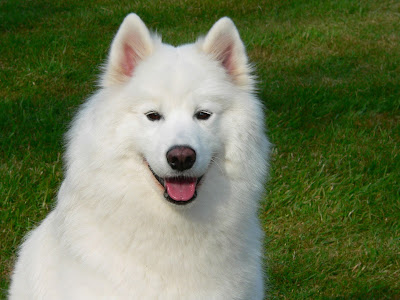 Moli was a special girl. She made the impossible possible 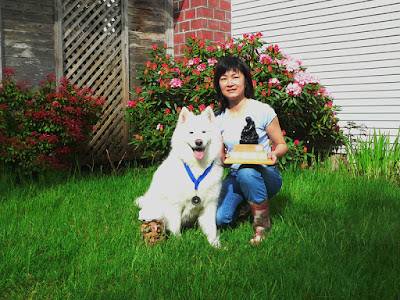 I was told never to leave a Samoyed off leash.
Moli never left my side. 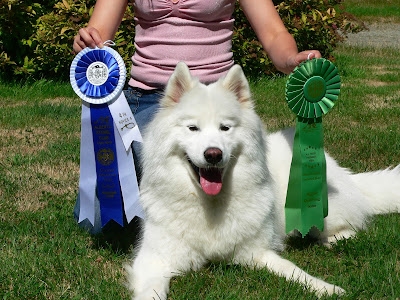 When I walked her into the obedience ring, a samoyed breeder called me "gutsy" to walk into that ring with a samoyed. Moli did it. 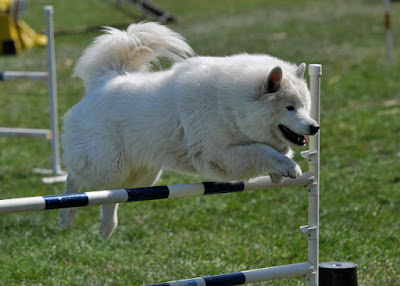 When we were waiting our turn at agility, an exhibitor told us that only dogs competing were allowed ringside. Moli showed her how it should be done. 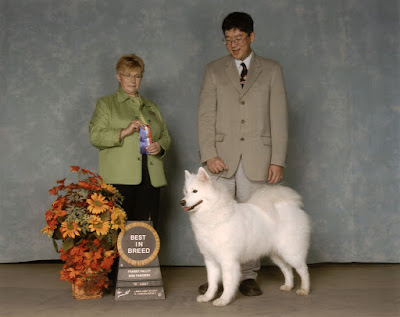 She finished her championship with a BOB over special. 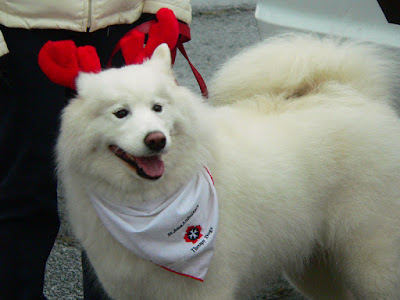 She was also a St John's ambulance's therapy dog. She visited nursing home and worked with special need children. 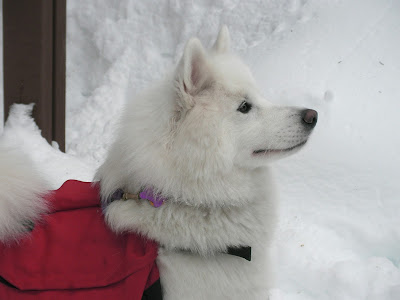 She was smart, courageous, brave and loyal. When Moby felt off a cliff, she took a look and decided to go down after him. She leaped between rocks and tree stumps, gave me a "woof" when she got to the bottom to let me know that she was okay. When I found my way down to the river, she swam to me and took me over to Moby. 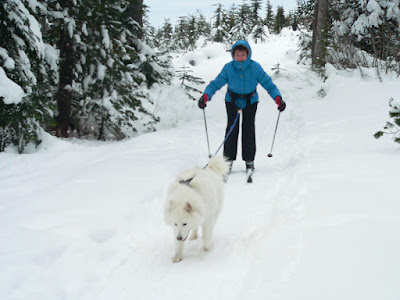 She introduced me to skijoring. 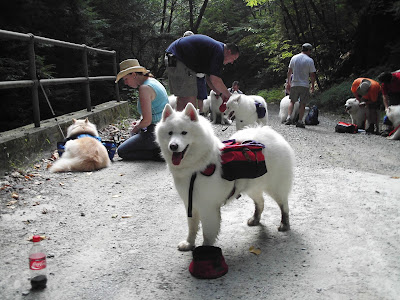 We had done many pack hike together. 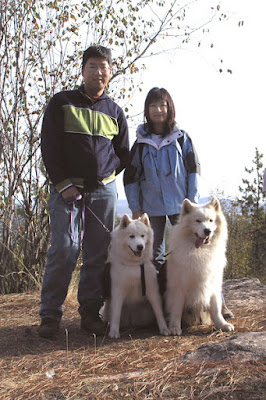 She took us to our first SCA National in Post Fall. We had been going almost every year since. 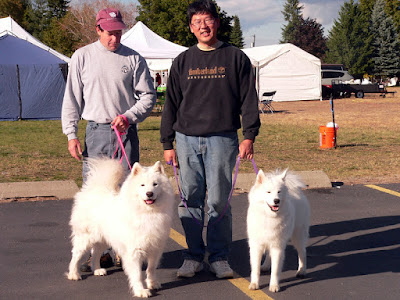 She met Wizard at our first national. She was bred to him a few years later. 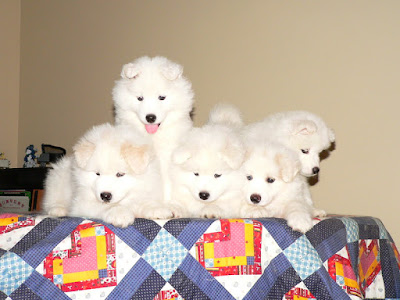 They had 5 puppies together - 4 boys and 1 girl.
Out of that litter we had 3 champions - Aniu, Merlin and Hermione. 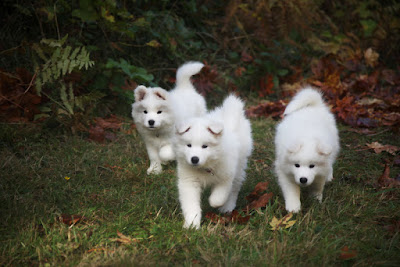 She was bred also to Bijou - GCh Firecloud's It had to Bijou
They had 3 puppies together - 1 boy and 2 girls including Roxy. 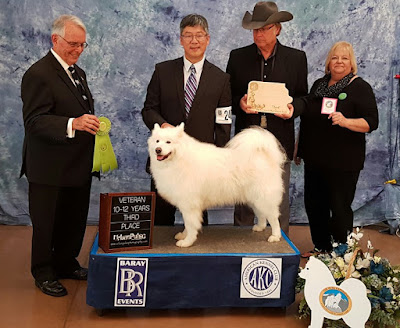 We went to SCA National 2016. This was our last national.
I told her that she will officially be retired after it.
She showed her heart off. 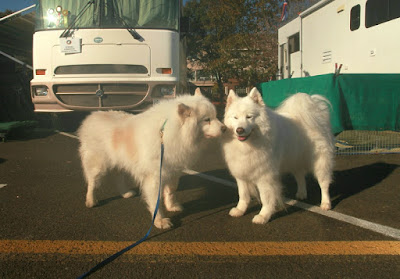 She saw her first love Wizard, who shortly went to rainbow bridge after. 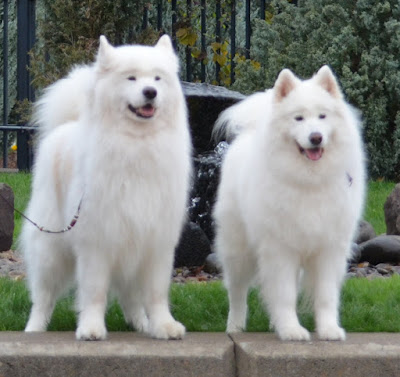 She met her last love Bijou, who crossed the Rainbow bridge a few weeks before her. 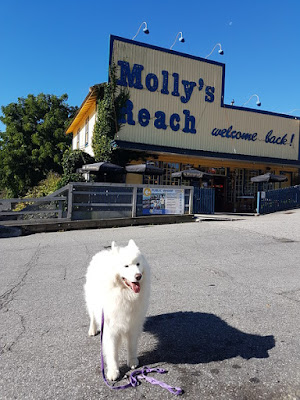 She was diagnosed with hemangiosarcoma shortly after the National.
Frank took that picture who he took her to have her surgery.
We had decided against chemo which may only gained her a few months.
Instead we spent the money on a chicken leg a day for her.
If Moli could speak, we were sure that was her choice.
The chicken leg worked better than the chemo.
She lived almost another year. 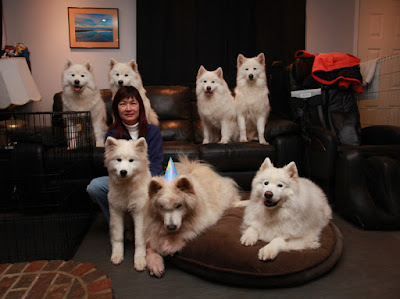 This was our family photo in 2016 at Moby's 14th birthday.
We have Moli's daughters, granddaughters and great granddaughter. 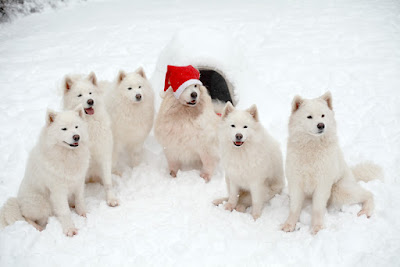 Our last Christmas.
Moby went to Rainbow bridge shortly after.

Moby, Wizard and Bijou will keep her company over Rainbow bridge.

We missed you Moli.

Till we meet again.