We were off to SCA 2017 at Sawmill Creek Resort in Huron, Ohio with Morgan, Moka and Rio. 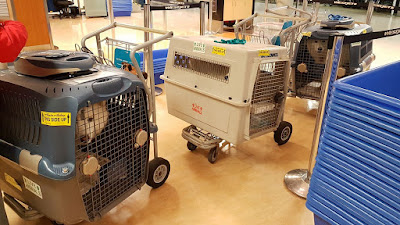 We flew from Victoria BC to Windsor Ontario. 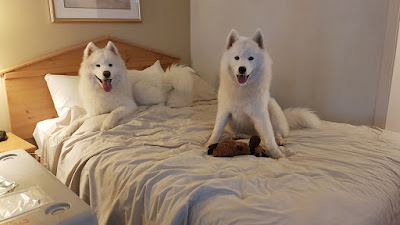 While Moka were off to an all breed agiltiy trial, Morgan and Rio got to sleep in.
They both had a bath in the afternoor ready for the upcoming competition. 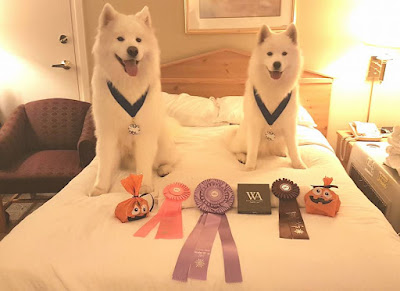 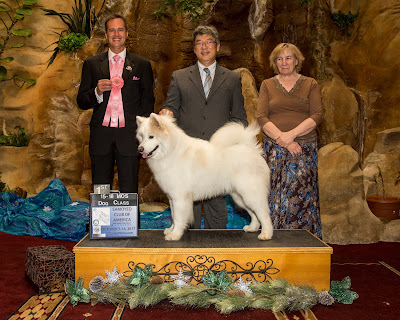 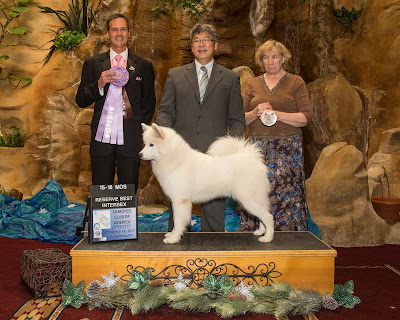 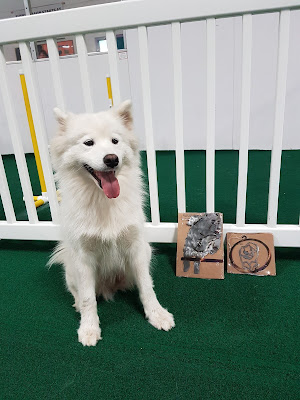 Moka did well in agility too.
She took 2nd in Novice FAST and 3rd in Novice Standard. 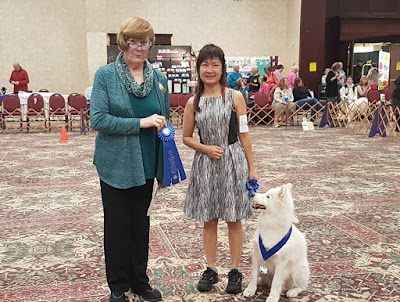 The next day, Moka took 1st in Rally obedience advanced A. 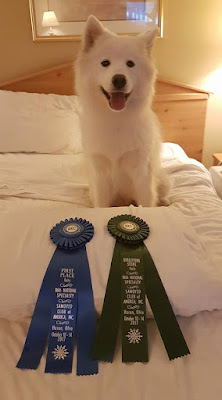 Moka was so proud of herself.
She did well and the performance events were over. She got to rest and hanged out for the rest of the week. 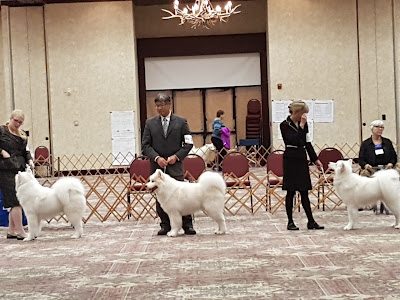 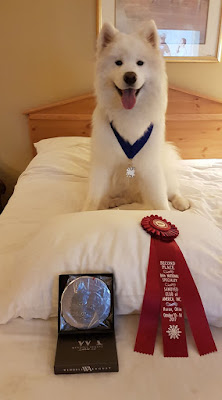 He took 2nd in his class. 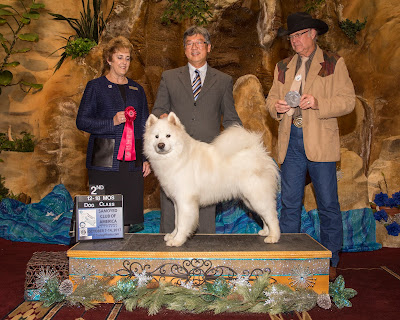 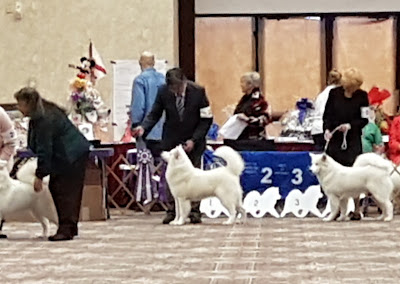 Morgan was being examined by the judge.

Morgan worked hard for her win. 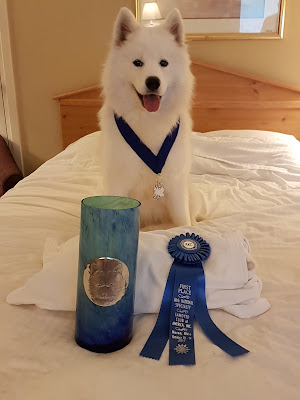 Morgan took 1st in her class with 19 entries. 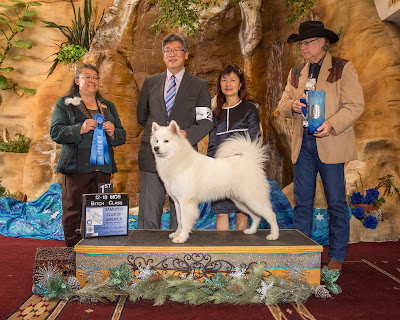 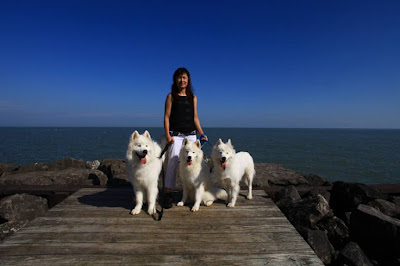 We got to take a break on Saturday and did some sight seeing around Lake Erie. 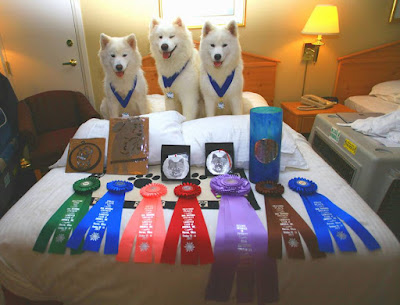 These are our trophies. 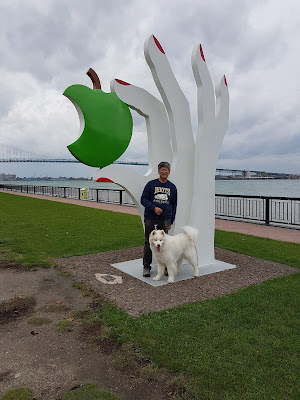 Once we were back in Canada, we walked around Windsor before leaving on our flight.